Our Angels each made large contributions in honor of particular cases which involved women’s issues.

Detroit attorney Carole Chiamp was the first to respond to the Foundation’s Angel program with a donation commemorating a decision of great impact issued by the Michigan Court of Appeals. The case is Hanaway v. Hanaway, 208 Mich App 278 (1995), where the Court deemed a marriage a partnership which must account for a homemaker’s contributions. Overruling the trial court, the appellate panel said that the plaintiff-wife in fact made a contribution to the assets and appreciation of a company owned and operated by her husband:

The parties were building an asset as well as enjoying its fruits on an ongoing basis. That plaintiff’s contribution to the asset came in the form of household and family services is irrelevant. The marriage was a partnership. The couple nurtured a business and three children, and watched all four grow. Defendant does not claim that he could have done it all himself. 208 Mich App at 294.

The appellate panel, consisting of Judges Helene White, Janet Neff and Michael Stacey, remanded for reassessment of marital assets, adding that plaintiff should receive attorney fees as she “should not have been required to invade principal to pay these fees, given defendant’s considerable property and earnings.” Saying that the judges “deserve all the credit,” Chiamp made her recent contribution in their honor. Asked why she chose to celebrate this important decision with a donation to the WLAM Foundation, Ms. Chiamp admitted, “the case makes me smile every time I think about the decision.” 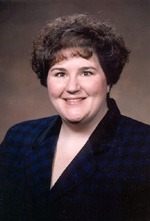 The second “Angel” contribution, by the Center Line firm of Schoenherr & Cahill, also commemorates a Michigan Court of Appeals decision, Yarash v. Yarash (unpublished # 198730, October 21, 1997). In this case, the defendant-husband was seeking a reduction in alimony due to his retirement. The original alimony provision mandated that plaintiff’s obligation to defendant shall be reduced when defendant receives both pension benefits and her social security benefits. This issue of whether the defendant should be forced to take her social security benefits early and at a reduced rate was resolved by the Court of Appeals when it held:

Defendant should not be compelled to take her social security benefits early at a reduced rate so that plaintiff no longer has to pay alimony.

Kim Cahill, of Schoenherr & Cahill, wishes to acknowledge the University of Michigan’s Women in the Law Clinic for its assistance in the preparation of the appeal in this case. “After three evidentiary hearings, an initial denial from the Court of Appeals, and a remand from the Supreme Court, this victory was particularly sweet,” said Ms. Cahill.