Four Michigan attorneys generously donated the reproduction rights to their art work, available as the Foundation’s gift in exchange for contributions exceeding $100. Each of these talented attorneys provided not only the fruit of their artistic labor, but valuable production assistance and fundraising suggestions.

Prints are available for a suggested donation of $100 each, available through the Foundation’s donation page.

Sharon Blackmon has been an appellate attorney with the City of Detroit’s Law Department for the past seven years. In the early 1980s, she practiced law for four years with Selma Regional Legal Services in Selma, Alabama. There, she was extensively involved in a project to record the oral histories of Alabama’s black “granny” midwives. Margaret Charles Smith and Linda Janet Holmes, Ohio State University Press (1995) feature her photographs in the book, Listen to Me Good, The Life Story of an Alabama Midwife. In addition, her work has been published in the University of Alabama at Birmingham’s alumni publication. She is a graduate of Wayne State University and New York University School of Law, and she was a featured artist in the WLAM Foundation’s 1998 Art Exhibition.

Ruthmarie Shea is a past Program Chairperson for the South Oakland Art Association. She does work in clay, acrylic, mixed media and assemblage. She has studied at the Birmingham-Bloomfield Art Association, and exhibited at the Dell Pryor Gallery in Harmonie Park. She is currently studying ceramics and glazing at Pewabic Pottery in Detroit. Shea is an attorney practicing in Oakland County. She is a past president of the Women’s Bar Association-Oakland County Region Women Lawyers Association of Michigan, and three-term member of the Board of Directors of the Women Lawyers Association of Michigan. Shea is a graduate of the University of Detroit Law School. 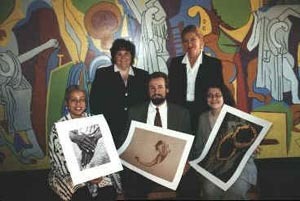 Brian Zubel is a 1984 graduate of the University of Michigan Law School. He served for ten years as an assistant prosecutor in Oakland County before accepting his current position as the training coordinator for the Prosecuting Attorneys Coordinating Council. In 1994, he was commissioned by the Parents of Murdered Children to paint a work symbolic of their struggle. Sales of lithographs of the painting raised over $10,000 for their national organization. Specializing in portraiture and figurative pieces, he had a show at the Edge Gallery in Pontiac, in 1995, and participated in the 1998 WLAM Foundation Art Exhibition, as a featured artist. He lives with his barn cats, Priscilla and Ray, in northern Oakland County. 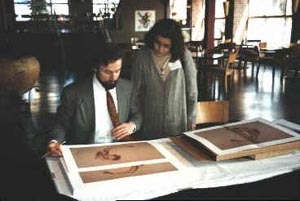 Lori A. Zurvalec completed one semester of fine arts study in painting at the Art School of the Society of Arts and Crafts (now the Center for Creative Studies) before transferring to a liberal arts degree program. She obtained a Bachelor of General Studies degree from the University of Michigan in 1976, and a Juris doctor degree from Wayne State University School of Law in 1979. She practiced in the areas of labor law, and served as a gubernatorial appointee to the Workers’ Compensation Appeal Board. In 1989 she devoted herself full-time to the raising of two sons, and resumed painting. She has exhibited her works in national, state and local exhibitions, as well as the 1998 WLAM Foundation Art Exhibition. Ms. Zurvalec’s beautiful watercolors have led to much recognition and numerous awards. She is a long-standing member of the Woman Lawyers Association of Michigan, and has designed WLAM notecards and announcements, which have been used for fundraising.