The primary mission of the Women Lawyers Association of Michigan Foundation is to support the education of women who show leadership in advancing the position of women in society. Founded in 1983, the WLAMF mission is realized annually through scholarship awards to outstanding women law students attending Michigan law schools. Since 1997, the WLAM Foundation has awarded over $500,000 to 215 women law students.

Profiles of the 2018 Outstanding Women Law Student Awardees of the 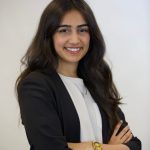 Hira Baig, WLAM Foundation Kimberly M. Cahill Scholar at the University of Michigan Law School. Hira is a second-year student at the University of Michigan Law School. While at Michigan, she has represented clients through the Michigan Unemployment Insurance Clinic and the Criminal Appellate Clinic. She spent her first summer as a summer associate at Norton Rose Fulbright and is currently working as a clerk at the Texas Civil Rights Project. On campus, Hira is an Associate Editor of the Michigan Journal of Race and Law as well as President of the Muslim Law Student Association. This summer, she will join the New York office of Weil Gotshal & Manges as a summer associate. Hira earned her Bachelor’s, cum laude, from Rice University and her Master’s from Harvard University. 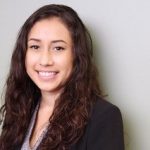 Brenda Garcia, WLAM Foundation Scholar at Michigan State University College of Law. Brenda graduated from Grand Valley State University with a major in Legal Studies and a minor in Spanish. Throughout undergrad Brenda co-founded a multicultural organization, volunteered in the Grand Rapids community, and worked in a law firm as a Human Resources Assistant. Her commitment to public interest led her to Michigan State University College of Law (MSU COL) where she is currently a second-year student. Brenda spent a summer at Migrant Legal Aid in Grand Rapids as a Legal Intern working on immigration, employment, and housing issues. Brenda is now serving the MSU COL Immigration Clinic as a Student Clinician where she is representing noncitizen clients in affirmative and defensive immigration proceedings. She is also the Events Coordinator for the Latino Law Society. After graduation Brenda plans to continue advocating for underrepresented communities. 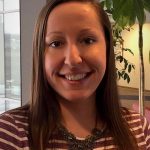 Jaime Nelson, WLAM Foundation Dawn Van Hoek Scholar at Wayne State University Law School. Since graduating from the University of Michigan in 2007, Jaime has worked as a community organizer, statewide coordinator for a prison arts organization, and as an investigator of prisoner complaints for the state legislature. While at Wayne Law she has been involved with the Women’s Law Caucus, Damon J. Keith Students for Civil Rights, and mock trial. Jaime has also had the unique opportunity to live in Guatemala on two separate occasions during law school to explore international human rights issues. She is presently conducting juvenile lifer mitigation for the State Appellate Defender Office, and is the graduate teaching assistant for Wayne’s Criminal Justice program where she is earning a dual degree and advising first-generation college students like herself on the path to law school. Upon graduating next spring Jaime hopes to continue her work in public defense and prisoners’ rights. 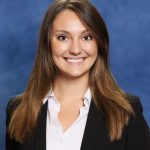 Michelle Shember, WLAM Foundation Scholar at the University of Detroit Mercy School of Law. Michelle Shember has dedicated her legal education and career to helping those in need in her community. In college, she spent a year working at the Michigan Immigrant Rights Center in Kalamazoo. Michelle continued her commitment to public service in law school, interning for Chief Judge Denise Page Hood at the U.S. District Court for the Eastern District of Michigan and at the U.S. Attorney’s Office. She also served as a student attorney in the inaugural semester of the Federal Pro Se Legal Assistance Clinic. While in law school, she serves on the Executive Board of the Women’s Law Caucus and is a member of the University of Detroit Mercy Law Review. She also volunteers at Humble Design with the Women’s Bar Association helping to furnish homes for women and families moving out of shelters. Michelle feels passionately about using her legal education to help her community, and plans to work in immigration after graduation. 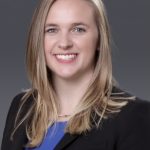 Jenna Swartzmiller, WLAM Foundation Florence King Scholar at University of Detroit Mercy School of Law. Jenna attended Kettering University, where she obtained a Bachelor of Science in Mechanical Engineering, with a double minor in Innovations/Entrepreneurship and Business Management.  After graduating, Jenna began her career as a Product Engineer in the aerospace industry, before switching to powertrain calibration engineering for several years.  While working as an engineer, Jenna received a Master of Science in Manufacturing Engineering from Kettering University, and a Master of Business Administration from Ohio University.  When she was halfway through her MBA program, Jenna realized that the typical engineering world was not what she was passionate about, and instead decided she would like to try to pursue patent law, as a means of applying her engineering knowledge to a wide array of technologies. Jenna began law school in the Fall of 2015, while she was finishing her last semester of her MBA program. Since entering law school, she has served as the Student Bar Association Evening Class President for her section every year, and reinstated the UDM Intellectual Property Law Society, where she also serves as President.  Jenna has worked as a fulltime Patent Law Clerk throughout law school, and has accepted an associate offer with her firm for after graduation.  Jenna enjoys participating in 5Ks and half marathons, and hosted a cyclebar fundraiser where the proceeds benefitted Freedom House Detroit.  She has been extremely happy with her shift out of the traditional engineering world and into the patent prosecution area, and plans to get involved with raising awareness of the patent law field to younger engineers, especially at her alma mater, Kettering University. 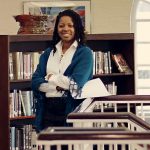 Shelika Tate, WLAM Foundation Dickinson Wright Women’s Network Scholar at Western Michigan University Cooley Law. Shelika Tate is the first in her immediate family to graduate from a four year institution. Originally entering Western Michigan University in Kalamazoo as a dance major, Shelika graduated four years later with a double major in Political Science and Sociology and a minor in Dance. For several years she worked for a non-profit at their transitional home for women and as a housing counselor, which allowed her to teach budgeting, understanding and improving credit, and financial preparation for home ownership. Currently, Shelika works as an Associate Director of Admissions. She is a 3L at Western Michigan University Cooley Law. As a student she has served as a Senior Associate Editor of Law Review, an Appeals Magistrate and is currently Vice President of the Sports and Entertainment Law Society. She also works full-time as an Associate Director of Admissions at an independent school. Shelika has been married to her husband Peter for 18 years and has 3 children ages 17, 15, and 11.